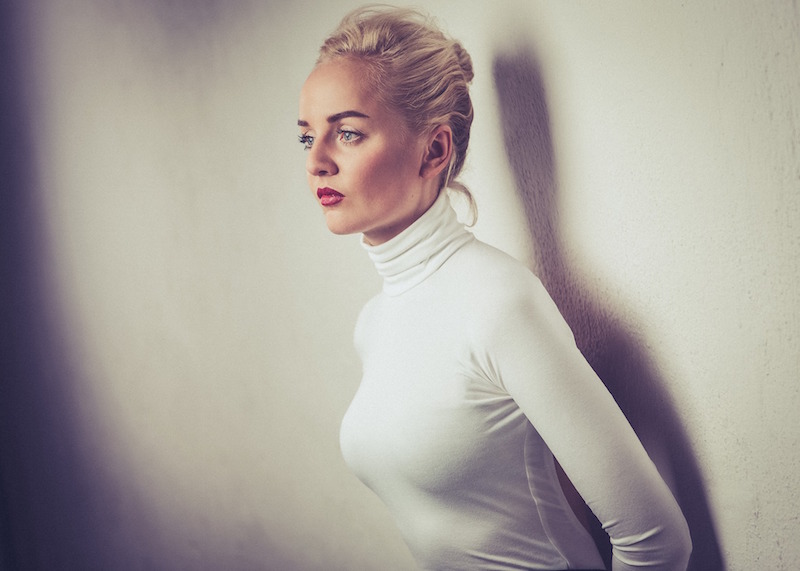 Making a comeback in the same week as another Swedish Eurovision representative Loreen, who won it, when you’re notably the only ever Swedish entrant not to make it to the final is a bold move. But one listen to the song and it’s clear that this whole comeback is bold. There’s none of the wispy acoustic guitar stuff that Anna showed us in 2010 in Oslo (although we rather liked it). This is a powerful, electronic feminist anthem that gets us slightly giddy with inspiration. The lyrics pull no punches: “Can we talk about it? The fact that I’m a pain when I question the norm. The fact that your paycheque is always bigger than mine. The fact that I’m a slut when I’m taking you home and a prude when I don’t. How you hate it when I’m taking care of business.” It’s matched with urgent beats and flurries which only get more urgent as each new layer comes in. This is a real attention-grabbing, brilliant song that would sit perfectly on Jenny Wilson’s recent highly political Demand the Impossible album, and, we have to say, out of the two Swedish Eurovision comebacks this week, we know which one we vastly prefer.

Four long weeks ago, Swedish broadcaster SVT set out on its mission to find a song to send to Eurovision. Melodifestivalen is the TV event of the year in Sweden, with 28 songs battling it out across four weeks of preliminary rounds, before a second chance round for the songs that didn’t quite make it the first time (Andra Chansen) and, finally, the final, to be held this year on 14 March in Friends Arena in Stockholm.

It’s a massively entertaining show but, of course, the song quality varies. Of those 28 songs, a large number were guff that we think you don’t need to waste your time with. But, as you’d expect from the land with pop music running through its veins, there were also some absolute corkers. And here they are.

First up we have Midnight Boy, with his song Don’t Say No, which criminally came last in its heat. It’s a deliciously camp Eighties throwback that more than slightly resembles the Pet Shop Boys and Dead or Alive, but is utterly thrilling in its own right. Midnight Boy is pretty new to the scene so we hope the result doesn’t stall his fledgling career – although the song does seem to be faring far better in the charts than it did in the contest.

Finding more success was Isa, who went straight to the final with Don’t Stop. It was probably written before the world heard Shake It Off, but the similarities are striking. Not that that’s a bad thing. This won’t win the competition, but it could have launched a great new popstar.

Mariette also went straight to the final with the dramatic mid-tempo number Don’t Stop Believing. This was mooted as a potential winner and would be a very good choice, but the buzz seems to have faded. The presentation is strikingly modern, not a million miles away from the same aesthetic Loreen had with Euphoria back in 2012.

Sadly, live vocals are pretty important when it comes to these things, and they’re not the strong point of Dinah Nah, but her song Make Me (La La La) is a massive banger that virtually reeks of poppers. It’s modern and cool and recalls Ace Wilder’s brilliant runner up Busy Doin’ Nothin’ last year. She made it to the final through Andra Chansen and this is this year’s cool entry that actually sounds like stuff you hear in the charts. Whichever way it goes on Saturday night, we’ll be keeping an eye on this lady in the future. (Although the video is *a little* bit like a Romanian Eurovision entry.)

They’re our top four, but not the only highlights. You should also check out Molly Pettersson Hammar‘s powerful potential chart smash I’ll Be Fine, Magnus Carlsson‘s enthusiastic and very catchy schlager Möt mig i Gamla Stan, Kristin Amparo‘s sorrowful Adele-style ballad I See You (which should definitely have made it to the final), Caroline Wennergren‘s jazzy soul number Black Swan and the two big hitters, and favourites to battle it out for victory (alongside a Sami entry that’s just a bit of a cheesfest to non-Swedes): Eric Saade with Sting (generic but competent dance pop) and Måns Zelmerlöw with Heroes (generic but competent dance pop that rips off David Guetta something chronic). Both boys are super pretty and have a large army of teen fans who will be voting their little fingers off, but expect Måns to snatch victory.

But for heaven’s sake, whatever you do, don’t listen to Groupie.

By now it’s pretty obvious that we’re big fans of Karin Park, but we also have a large soft spot for Eurovision, so the two coming together is some kind of dream scenario. Of course, this isn’t the first time that’s happened – Karin co-wrote Margaret Berger’s stonkingly-good entry for Norway in 2013 – but now she’s going it alone, and it’s probably the best song to get within a whiff of Eurovision since the last time Karin was involved. Co-written by British hitmaker Guy Chambers, Human Beings features brooding verses that reflect on Karin’s boyfriend’s diagnosis with cancer, giving way to an enormous release of a chorus: “We are human beings looking for a meaning, you know you’re alive as long as you’re breathing.” The deal isn’t set in stone, though. Karin has to compete in Norway’s national final alongside ten other entries in the hope to win the chance to represent Norway on Europe’s most glittering stage. Melodi Grand Prix takes place on March 14, but you can listen to the song now. The other entries are also available to listen to on NRK’s website, although we, er, haven’t yet.